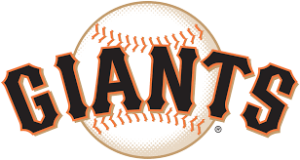 Ivan passed away on August 17, 2021 after a 3 ½ year battle with cancer.  He was helped in his battle by UCI Medical Center and Dr. Nataliya Mar, and participated in clinical
trials in hopes of contributing to studies for future cancer treatment options.

Ivan was born on March 15, 1941 in Dallas, TX to the late Ivan and Dorothy Flinn.  He grew up in Amarillo, TX where he proved to be an excellent student and athlete even in his
early years, and began building trailers and renting them through Nationwide Trailers at his father’s business.  After high school graduation, he took a summer job at Disneyland, and eventually decided to enroll at California Polytechnic University in Pomona and stay in CA year round.  While working at Disneyland, Ivan was chosen to be one of the first drivers of the submarine ride.  Before graduating from Cal Poly in 1963 with his Bachelors degree in Mathematics, he also worked at Spadra with a computer the size of a room,
the Bendix G15.  Later he told his wife Doris that our IPhones have more computing power than that computer had!  He was a computer pioneer, and throughout his career spanning over four decades, he worked at many companies including General Electric Computer Department, Burroughs Computer Department, ICC, Sperry UNIVAC, Honeywell Marine Systems, Varian Data,  Hughes Aircraft, and Raytheon.  He retired in 2006.

He married his soul mate (so he said,) Doris, on September 15, 1962.  He and his wife Doris met in 7th grade and would have been married 59 years in September.  They
had four children, nine grandchildren and one great granddaughter.

He loved sports, especially baseball, and was a San Francisco Giants fan from childhood. He was an avid bowler, a youth league coach for his brother and son, and volunteered
generously through Girl Scouts and church ministry in sports leagues and events.  He attended all of his kids and grandkids events, including recitals, shows, games, and banquets.

Ivan was a Christian and a member of First Christian Church, Huntington Beach.  He was a person who lived his faith and knew he was going to heaven.

He was beloved by many and will be missed by his friends and family.  He was so loved and treasured.

He was helped in his battle by UCI Medical Center and Dr. Nataliya Mar and Dorothy Chang, CCRP, Sr. Clinical Research Coordinator and participated in clinical trials in hopes of contributing to studies for future cancer treatment options.

To send flowers to the family or plant a tree in memory of Ivan Milton Flinn Jr., please visit our floral store.

Video is available for this event