We have years of experience caring for families from all walks of life, cultures and faiths. Our unsurpassed staff and our family provide kind, caring, professional service. Each family comes to us because they know we are leaders in our profession who are dedicated to excellence in service, adhere to the highest funeral industry standards, and have exceptional integrity. We consistently earn phenomenally high customer satisfaction survey results.

Our licensed, professional staff is here for you 24 hours a day, 7 days a week. Please call 714-842-7771 anytime. We will even come to you to make arrangements in the comfort of your home.

Prompt, compassionate service is always just a phone call away, where and when you need it. 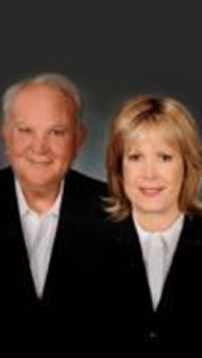 Dennis and Linda Gallagher founded Heritage Memorial Services in 2001 to serve the Huntington Beach and surrounding communities. Dennis is a graduate of the San Francisco College of Mortuary Science and  is licensed as an Embalmer and a Funeral  Director. He has been serving families for over 45 years. Linda is a licensed Funeral Director with over 16 years of experience.   Both are passionate about  their profession and they always stand ready to serve. They love Huntington Beach and are involved in several service clubs and organizations;  Kiwanis, Soropitimist,  Chambers of Commerce,  Golden West College Foundation, Council on Ageing, and Orange Coast Hospital Foundation.  In their free time they enjoy  spending time with family and  friends. 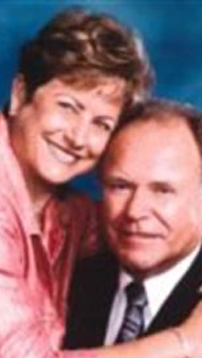 Linda and I were both born and raised in Long Beach, California. I moved to Huntington Beach in July 1968 upon starting of Dilday Brothers Funeral Directors with my brother, R. Burr Dilday, and Linda followed after our wedding in September of 1968. I had started working at my family's mortuary, Dilday Family Funeral Directors, when I was about 14 years old. After graduating from high school, I attended the Los Angeles College of Mortuary Science and graduated in 1965 as a Licensed Embalmer and Funeral Director.

We have four grown children, Jason Dilday, Tamara Gilbert, Nicole Cohen and Shannon Dilday, along with two son-in-laws, one daughter-in-law, and ten wonderful grandchildren ages one, two, three, nine, ten,11, 12, 14, 16 and 18. We are so blessed to have such a wonderful family and to have them all with a two-hour radius of us.

We have worked very hard since the beginning of Dilday Brothers to serve the families of Huntington Beach and the surrounding cities in their time of need. Linda and I love the city of Huntington Beach, which has been our home for over 47 years and the city that our children were raised in. It is a part of us that can never be taken away. 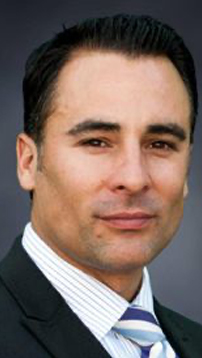 Cesar Gutierrez is the General Partner for Heritage and Heritage-Dilday Memorial Services. He is a native of Southern California and spent the last 25 years helping families create some memorable funerals for their loved ones. Through this ministry, he has created some amazing relationships with the families that he has been blessed to serve. Cesar attended the San Francisco College of Mortuary Science, where he completed his Associate's Degree in Science; he also holds a bachelor’s and a Master’s degree in Business from Azusa Pacific University. Cesar is a licensed embalmer, a licensed funeral director and a licensed Crematory Manager.

Outside of work, Cesar enjoys staying active. He loves to run and enjoys most sports, especially golf. He is very active in the community and does his very best to contribute his time and resources to those in need. He feels very blessed to be a part of such a beautiful community here in Huntington Beach. 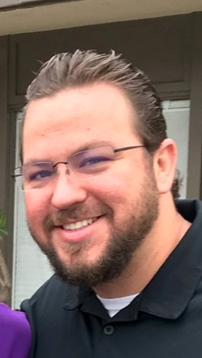 Corey found his way into the funeral industry through family friends in 2004. He has held a variety of assignments and has had the opportunity to work with firms throughout Los Angeles and Orange Counties. He joined Heritage in 2010 and took the steps to begin his formal mortuary education in 2013. Corey has a strong spiritual connection, is respectful of others and shows interest in gaining an understanding of culture and religious observations. His strong ethical foundation of being honest, sincere and open minded is what one will find when looking beneath his reserved and quiet surface.

His favorite aspect of working with families is being able to bring all the details together at a time when thoughts, feelings and emotions are scattered. Outside of work, he never slows down. Working on home improvements, helping friends or family, showering his dog, Coffee Bean, with affection and continuing his educational studies keep him quite busy! 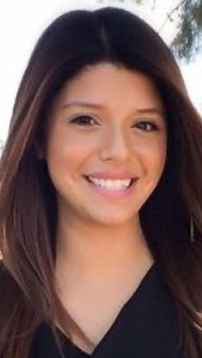 Elizabeth studied Mortuary Science at Cypress College and joined the funeral industry in 2010. She joined Heritage in 2013. Her personal experiences of loss enable Elizabeth to more effectively assist others on their own personal journey.

Although well-versed in many aspects of funeral service, Elizabeth is strongly drawn to the relationships she builds with families in the arrangement conferences and the strong bond that it forms. She takes pride in her attention to detail and her ability to translate feelings of the heart into unique experiences.

Elizabeth enjoys spending her free time with her son, hiking, reading and writing. 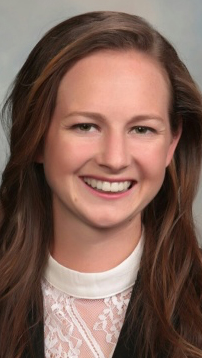 Hi, my name is Yvonne Knight and I am currently a student at Cypress College and will be graduating in May of this year with my Associates Degree in Mortuary Science. I have been a Licensed Funeral Director and a Registered Apprentice Embalmer since 2016.  I love working in funeral service and everything that it has to offer for our families.

When I am not at work, I love spending time with my family and my soon to be three dogs; Kobe, Brutus, and Morticia.  I love being outdoors, by spending my time walking at the park, around my neighborhood, and the beach. 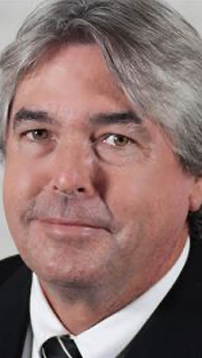 Born and raised in Southern California, Joe began his career in funeral service with Dilday Brothers Mortuaries in 1989. Always friendly and willing to help, Joe has been honored to serve thousands of families in their time of need. He believes every family is unique and important and deserving of the highest level of care. Joe resides in Long Beach with his wife Margaret. 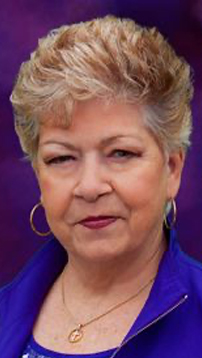 Funeral pre-planning has become quite common, as more and more people have come to realize the benefits of making their arrangements in advance. Not only does pre-planning insure that your wishes will be carried out, but it also spares your family from having to make the multitude of decisions necessary, especially at a time when they may be emotionally disadvantaged.

We are proud to have a caring professional on our staff named Shirley Lain whose personal ministry and passion is to educate all families and serve them during pre-planning stages.

Shirley is a native California girl. She is a mother of three and grandmother of five (and counting). It has been her privilege and pleasure to work with Heritage Memorial Services since 2001. She started her career in 1994 with a local cemetery working as a Family Services Counselor. Her knowledge of cemetery and mortuary completes her understanding of all aspects of making arrangements. Shirley is available to visit with you in the comfort of your home or in the office.

Shirley has helped thousands of families through some of the very worst days of their lives. Many of those people call her a dear friend. She has no patience for the "sales" element in the funeral industry. Her mission is to inform people about their needs, their choices and mostly about their options. She takes the guess work out of final arrangements. She has many glowing letters from people whom she loved and guided through the maze of decisions. Just ask her, she'll show you! 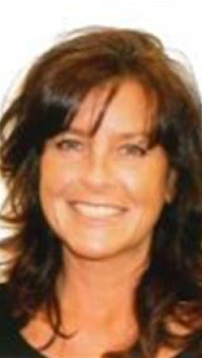 Romy Warzybok is our bereavement counselor who specializes in educational support and aftercare services. Romy came from a career in education and has years of experience teaching both children and adults. We’re so excited about the support programs she has developed, and we plan to mail invitations to all of our families as these events and workshops approach throughout the year. Romy entered funeral care in 2001 and has since been helping to counsel families at the time of need and with continued support services.

She received her undergraduate education at University of California, Santa Barbara and Cypress College. She underwent graduate training at Cal State Dominguez Hills, where she earned her teaching credentials. Romy has recently completed the Master of Science program at Hood College, in Maryland, where she studied in gerontology and bereavement psychology. For the past six years, she has been recognized by the Association of Death Education and Counseling for her advanced training in bereavement support.

With this being said, it is Romy’s kind and gentle spirit that provides solace to the families we serve. In addition to the following events, she is available to answer your questions and provide individual grief support. 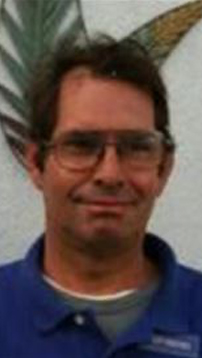 Jeff has been proudly associated with the Dilday Brothers Funeral Directors for the last 26 years. Jeff is a very caring individual and does a fabulous job in taking personal care of our facilities. Jeff has a great personality and can always be seen with a smile on his face and a caring comment for all. Jeff is highly committed to helping others. Families are very complimentary of Jeff's caring attitude and his compassion for grieving families. Jeff is highly respected among his peers. 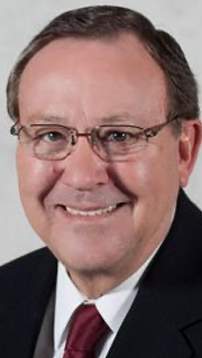 It is with great joy and gratitude that we celebrate the Home-Coming of Rev. Robert "Bob" Jabro: Brother, Husband, Father, Grandfather, Family Man, Funeral Director, Mentor, Storyteller, Celebrant, and Friend.

Every one of us thanks him for his service, guidance, support and his never ending ability to focus on the good in people. We love you Bob!

You are welcome to call us any time of the day, any day of the week, for immediate assistance. Or, visit our funeral home in person at your convenience.